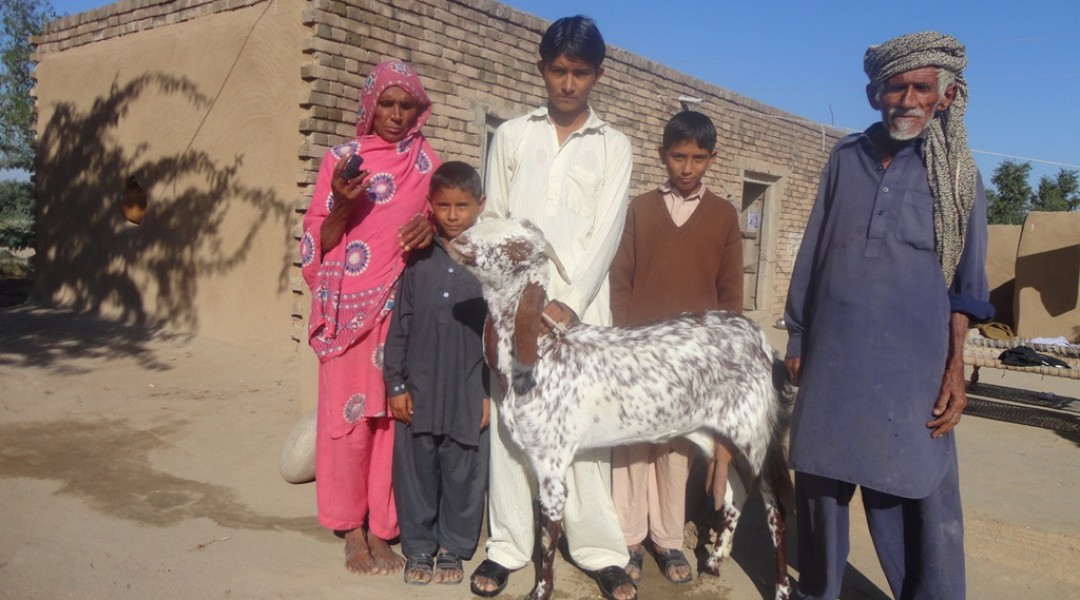 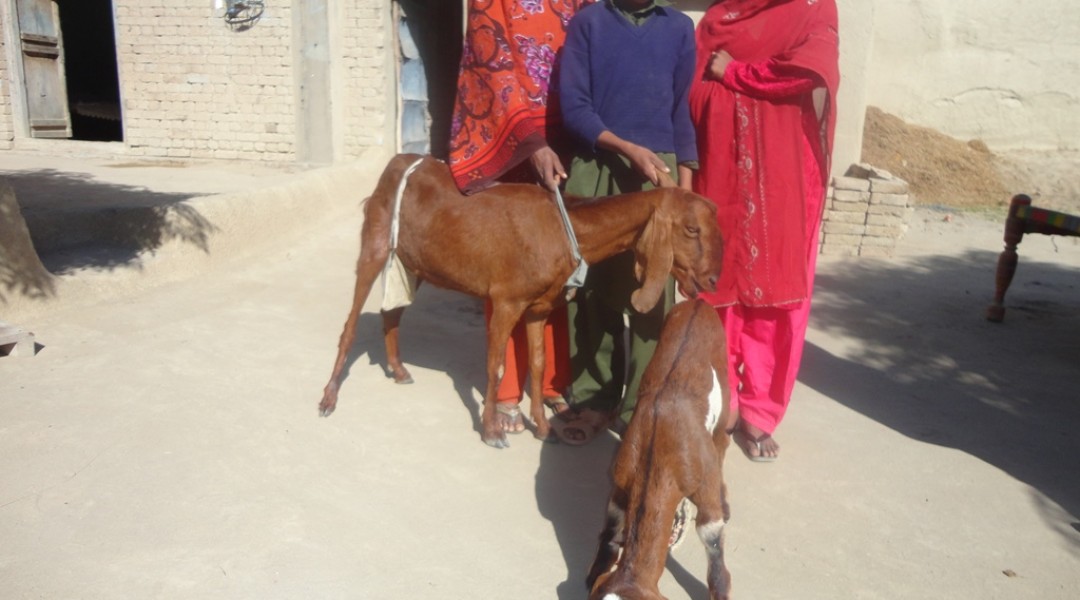 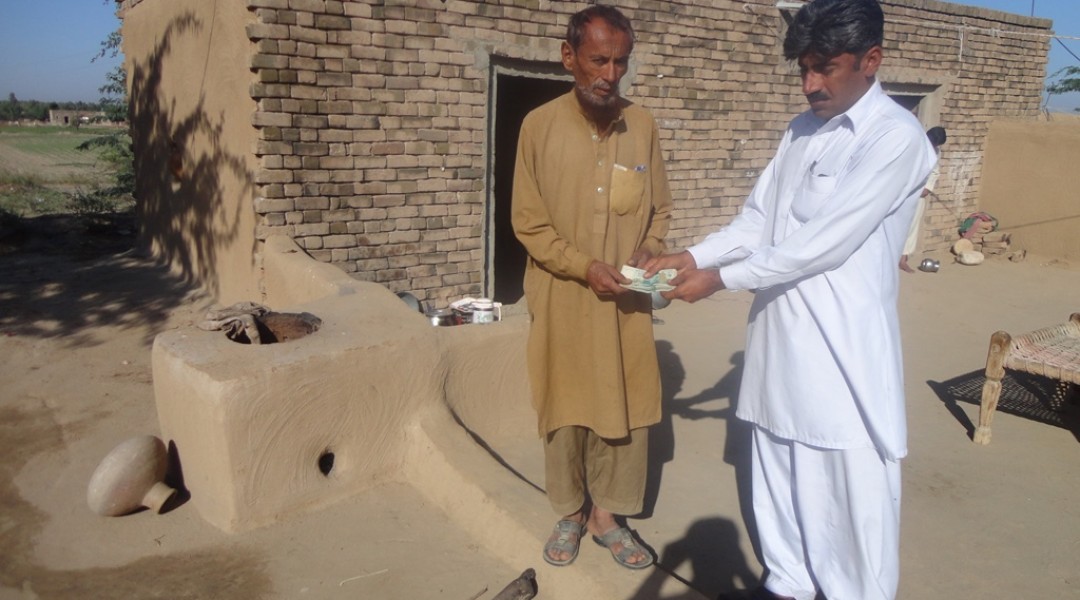 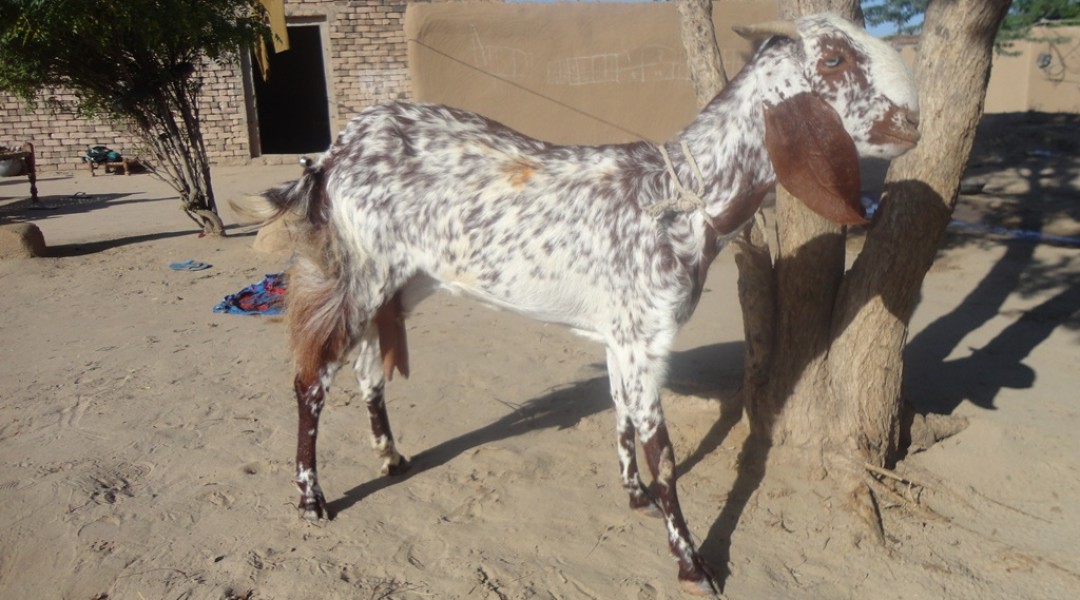 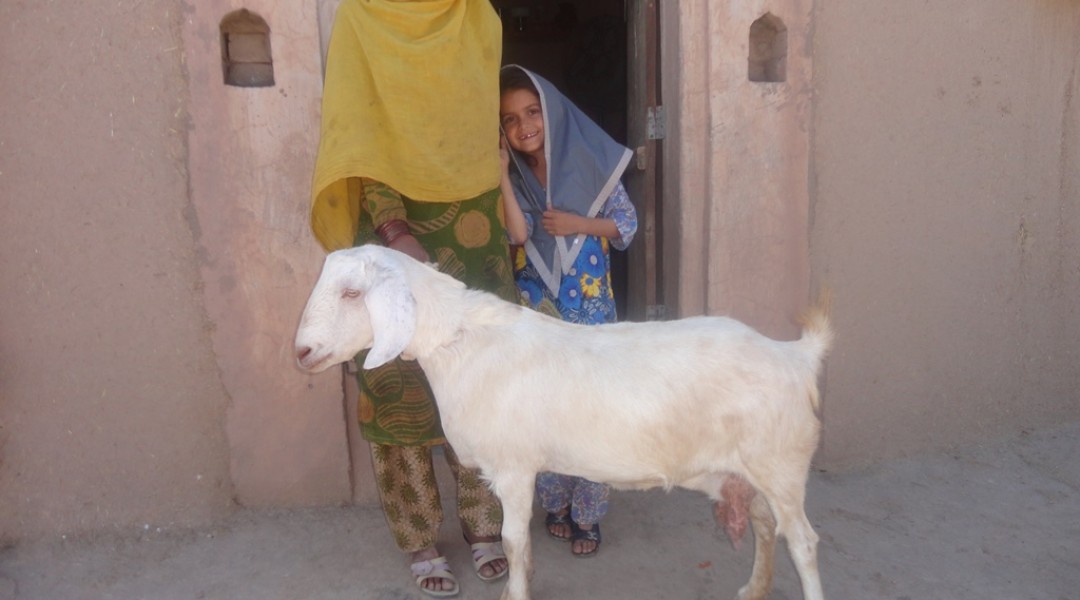 District Khushab at a Glance

Khushab is a rural tribal district located in central Punjab, with its administrative capital in Jauhar Abad. Estimated population is 905,711 with 24.76% living in urban areas. The district consists of three tehsils namely Khushab, Noor Pur Thall, Quaid Abad and a Sub-Tehsil Naushehra. Majority of population is engaged in agriculture sector while some portion of population is also engaged in business, govt/ private jobs and in labor

Role of Live Stock in Economic Development
Majority of the population of district Khushab is employed in agriculture sector and agriculture is the back bone of economy of Khushab. Due to the dependency of economy on agriculture, the trend of keeping livestock in homes is very common especially in rural areas. Livestock is not only used for commercial purpose but the domestic needs of milk are also catered from live stock. In the rural areas livestock is adopted as major source of income.

Tradition of keeping animals as Partnership

The families who are financially weak some time do not own animals. Such families also prefer to have animal in their homes because these could be used to increase their income level. The care of animals in villages is done by women and is easy for family to keep animals. To increase their income such families get animal from their relatives. Friends and land lords on partnership. The tradition of partnership is called Bhae Wali in local terminology. Under Bhae Wali system, beneficiary families get a female animal such as cow, buffalo, sheep or goat from someone and takes the responsibility of care of animal all the time and in return, off springs of that female animal are equally distributed among the owner and beneficiary. The given animal remains the property of owner and is returned back. The culture of Bhae Wali is very famous in Khushab district and is old more than 500 years. The Bhae Wali system is used for income generation purposes by the poor families. This trend of Bhae Wali not only promotes the livestock in area but also increase income of beneficiary family.

Normally the agreement of Bhae Wali is done verbally between the beneficiary and owner. There is no system of written agreement as it is based on mutual interest, trust and understanding. This verbal understanding is sometimes used for exploitation by the owners. Owners who have financially and socially high status in the society take the edge of their status and exploit the beneficiary. When the time of delivery of animal comes closer, then the owner get his animal back by saying that I have sold this animal to meet my some need and gives an other animal or pay some amount to affected family. Sometime owner keeps female kid and gives male kid to beneficiary at the time of distribution.

Development of Live Stock Program on Partnership to Increase Income

Society for Human Empowerment and Rural Development (SHER) has implemented a program Live Stock Program on Partnership to Increase Income for the poor and destitute families of district Khushab. Identified families will be given a female animal by SHER on Bhae Wali system and kids of animal will be equally distributed by SHER and beneficiary family. The salient feature of this program is that the share of SHER will be given to another deserving family. Such type of program for income generation purposes is only being implemented by SHER in district Khushab. In the first phase of program goats will be given to identified families and in 2nd phase cow or buffalo will be given to deserving families. Identification of families will be done by SHER staff through appraisal and verified by a committee constituted by executive body of SHER. A written legal document will be signed with beneficiaries on agreed terms and conditions. A data base of beneficiaries will be maintained by program staff. Proper follow up and monitoring will be ensured to make this program successful and transparent.

This project will not only increase the income of beneficiary families but also be help full in promoting education, skill development of beneficiary families. Most of the population rural areas do not take interest in education of their children especially girls. It has also been observed that financially weak families take their children out from school and engage them in some labor to increase their income but this practice indirectly promotes drop out of school going children and child labor. SHER has vast experience of capacity building and social mobilization. Beneficiary families will be motivated to enroll their school going children of 5 to 9 years. They will also be motivated to engage their children in some skilled training who out of school going age. SHER will make all possible arrangements in this connection. SHER is already implementing skill development project under its Social Protection Program

Sustainability of program is very important to achieve the objective of proposed program. SHER has developed such type of mechanism that will ensure its sustainability. SHER has planned that share of SHER will be given to another family to ensure its sustainability. It will become a chain and through distribution of kids this project will expend. To make it transparent only shortlisted and most deserving families will be entertained and there will be a strong check on the implementation process.

Society for Human Empowerment and Rural Development (SHER) is working in education, health, capacity building, human rights, skill development and social protection since 1991.SHER will not only provide finance of this program but also will build the capacity building of beneficiaries and concerned staff. Staff for this project will render its services on volunteer basis.